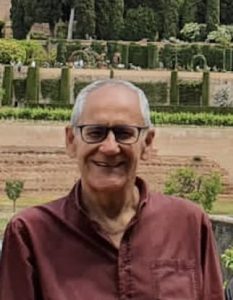 Prof. Vilchez is an international expert in star formation, cosmic elements abundances and chemical evolution of galaxies. He is research professor of the CSIC-Spanish Research Council and a former Director of the Institute of Astrophysics of Andalucía-CSIC. Resident Astrophysicist at the Instituto de Astrofísica de Canarias-IAC (Tenerife) and Royal Greenwich Observatory (UK) visiting student (1983-1987). PhD in Astrophysics IAC /University of La Laguna (Spain, 1987). Invited researcher in a number of international Institutions, including IoA Cambridge University; Athens University; Lab. Astroph. de Marseille; NORDITA Copenhague; INAOE Puebla (Mex); University of Porto. Organizer of over 30 scientific conferences, workshops and advanced schools. Supervisor of 11 PhD thesis, and similar number of TFGs and MScs. J.M: Vilchez has published over 240 refereed papers in international journals -total citations >13.000, H=61 (NASA Astronomical Data System). Active in many international research programs, he has been chair of the Board of CALIFA international collaboration and presently is member of the Board of directors of the J-PAS collaboration survey. Founding member of the European Astronomical Society and currently from the Spanish Royal Society of Physics and the Astronomical Society. He has served in a number of national and international scientific networks, committees and panels, including: ASTRONET European ETSRC; OPTICON EU Network; International Astronomical Union Executive Committee Division VI; Executive Committee CAHA Calar Alto observatory; Gran Telescopio Canarias-GTC Users Committee Chair; GTC Science Advisory Committee; and the National Commission of Astronomy of Spain.

“The metal content and ionizing photons budget of star-forming galaxies”

Recent results on the chemical composition and the nature of the ionizing stellar populations of star-forming galaxies are shown, with a special emphasis on the family of dwarf galaxies. Deep integral field spectroscopy of an extended sample of dwarf galaxies with active star formation has been performed. The data allowed us to derive their chemical composition (oxygen, nitrogen, neon, among others), to explore their spatial structure, chemo-dynamics and the ionization budget from their massive stars. An overview of the obtained results will be presented and discussed in the light of recent findings on the metallicity-mass-star formation relation of these galaxies and their ionizing stellar populations.