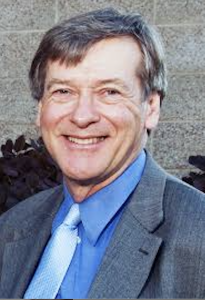 A native of England, Roger Blandford was born in Grantham, grew up in Birmingham and was an undergraduate and research student at Cambridge University where he was supervised by Martin Rees. He had postdoctoral positions at Cambridge, Princeton and Berkeley before joining the Caltech faculty in 1976. In 2003, he moved to Stanford University to become the first Director of the Kavli Institute for Particle Astrophysics and Cosmology. His research interests now cover many aspects of particle astrophysics and cosmology.

“Cosmic Power: How Astronomers get to Observe so much of the Universe”

The Universe is a very big place and we can observe much more happening than we can access on Earth. Using observatories that can explore most of the electromagnetic spectrum as we as the cosmic ray, neutrino and gravitational radiation spectra - spanning roughly 150 octaves in total - we have seen extraordinary phenomena exhibiting extremes of power, energy, gravity, speed, density, pressure and temperature. Using these magnificent cosmic laboratories, we can also learn much about physics far, far beyond the reach of their terrestrial counterparts. In this overview I will highlight recent discoveries and explanations involving black holes, neutron stars and giant shock waves. I will also preview some opportunities for learning even more.