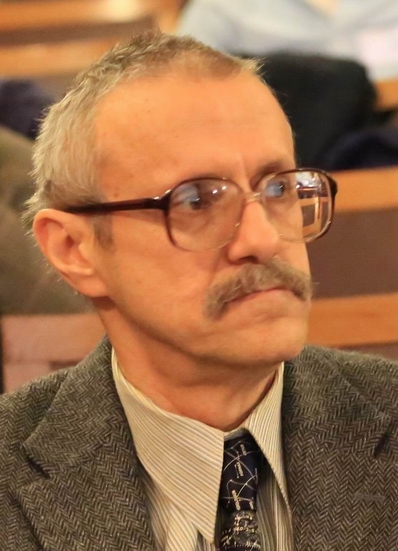 Zinovy Malkin was born in Leningrad (now St. Petersburg), Russia in 1950. He graduated from the Leningrad (now St. Petersburg) State University, where he received M.Sc. degree in astronomy in 1972. He received his Ph.D. degree in 1985 and his D.Sci. degree (habilitation) in 1998. Currently he is a principal researcher of the Lab of Radioastronomy at the Pulkovo Observatory, St. Petersburg, Russia. His main scientific interests are astrometry, Earth rotation, and space geodesy. He is a member of IAU, IAG, AGU, IVS, and currently serves as President of IAU Commission A2 and Chair of IAG Sub-Commission 1.4.

“Establishment and maintenance of celestial reference coordinate system is a key problem of fundamental astrometry. Its current version, adopted by the International Astronomical Union (IAU) since January 1, 1998, is the International Celestial Reference System (ICRS). ICRS is realized by catalog of positions of extragalactic radio sources, International Celestial Reference Frame (ICRF), obtained from VLBI observations. The first ICRF catalog was created in 1995. Since then, the second (2009) and third (2018) ICRF catalogs were created and approved by the IAU. The precision of ICRF has increased by more than an order of magnitude from the first to the third version. The VLBI-based source positions now have a precision of the order of 0.1 mas. At this level of precision, a complex and variable radio source (mostly AGN) structure has become a key factor determining the ICRF accuracy, which requires investigation of astrophysical processes in radio sources observed for astrometry. In this presentation, the history, the current state, and prospects of ICRF will be discussed. “